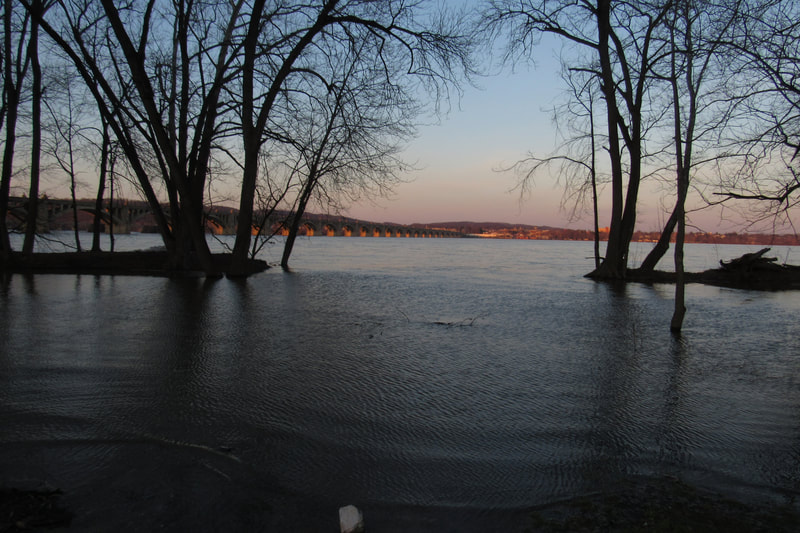 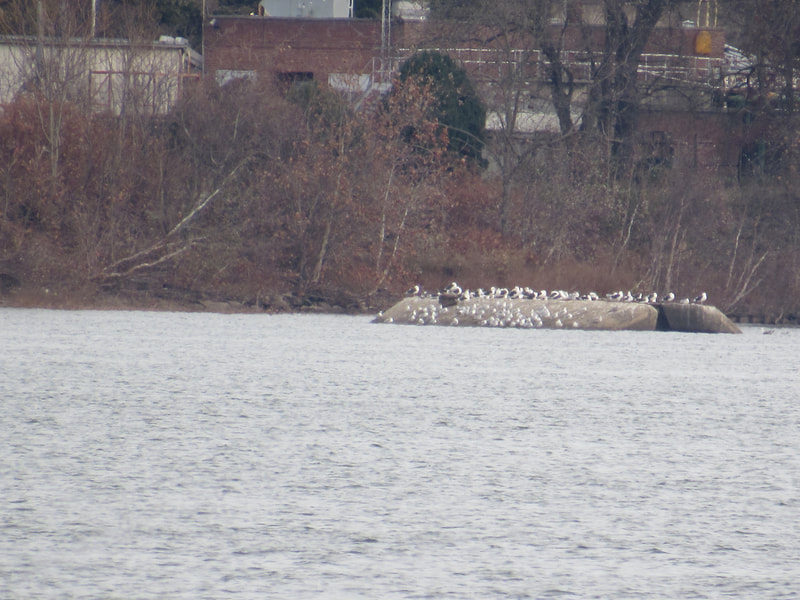 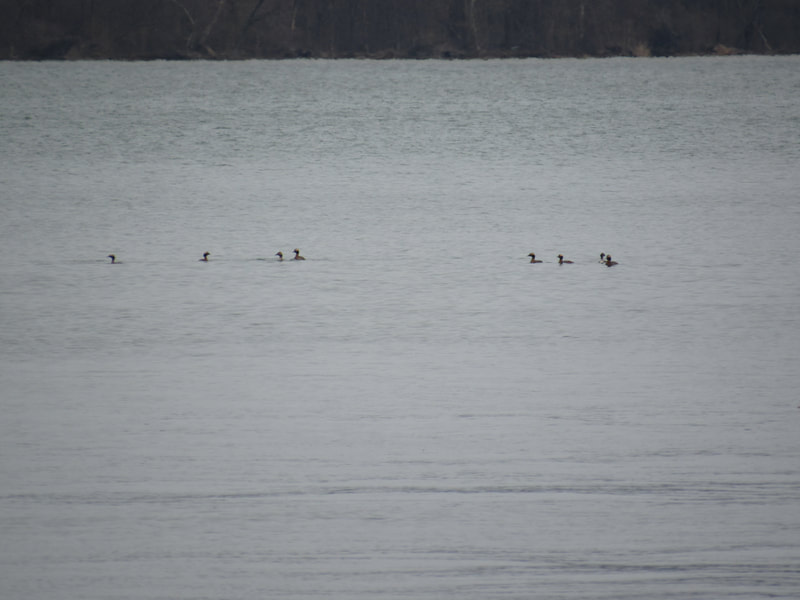 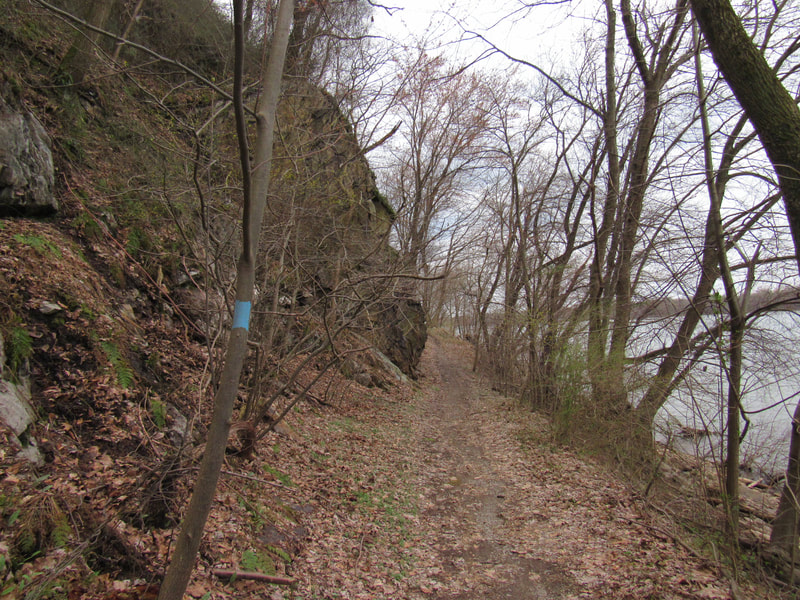 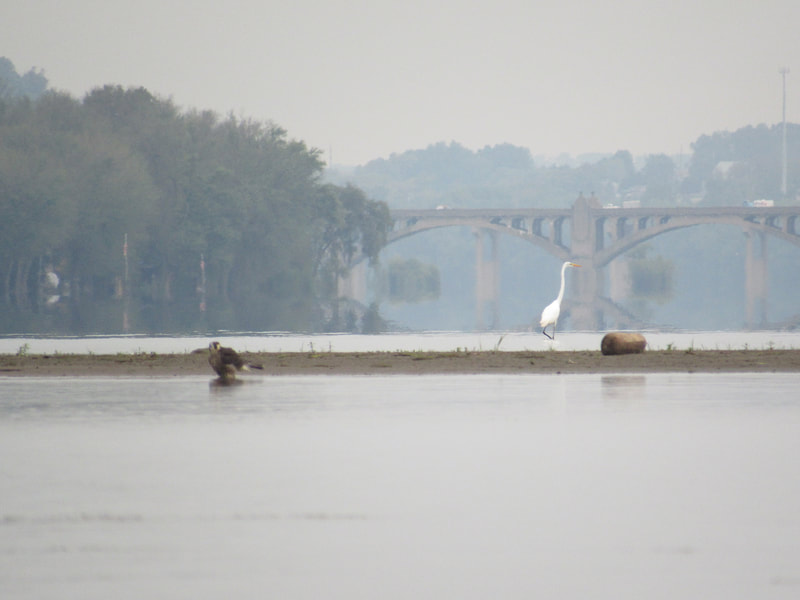 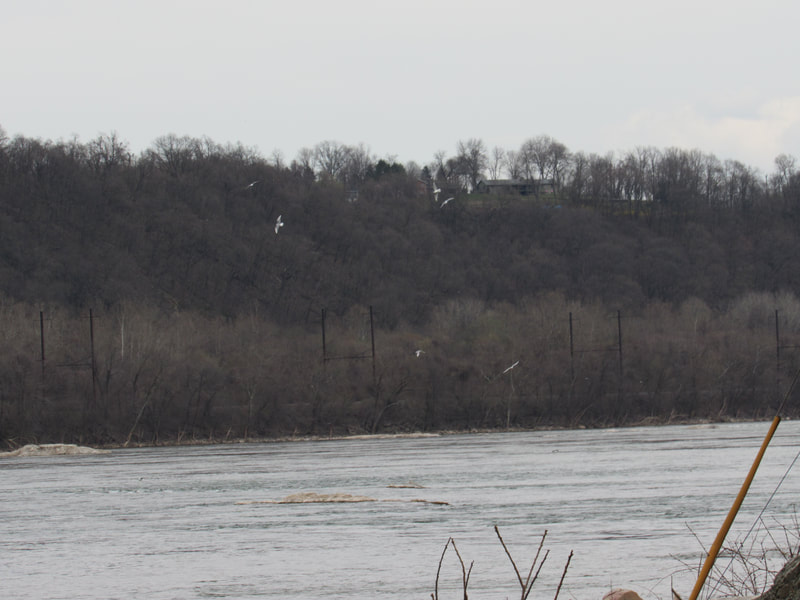 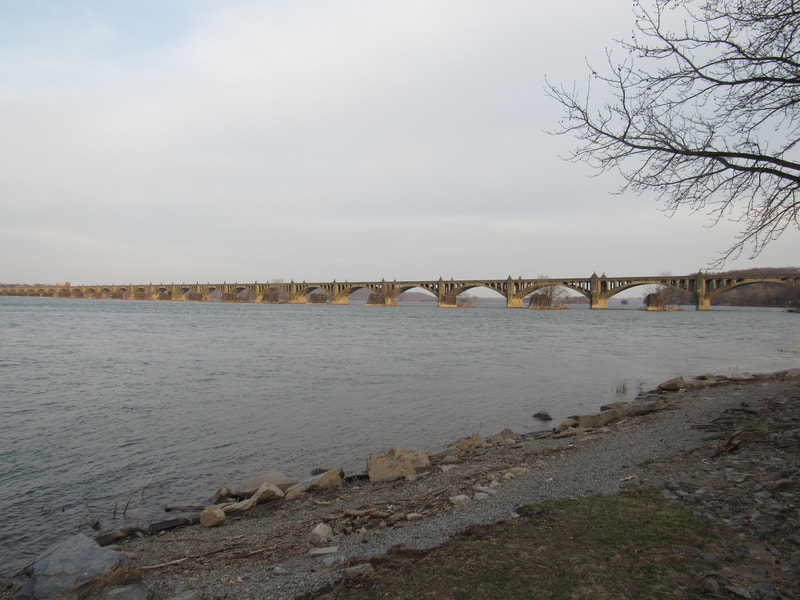 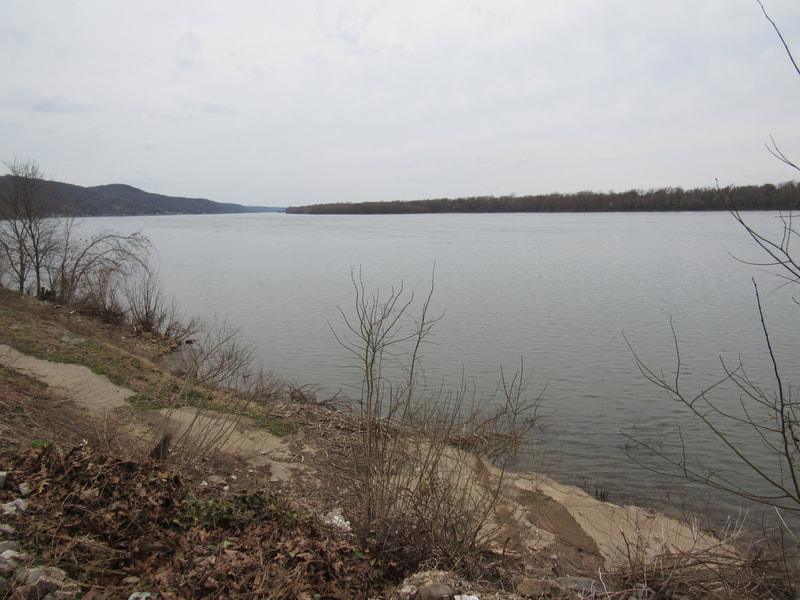 Susquehanna River looking north from Mason-Dixon trail near Wrightsville
#8 Wrightsville (Susquehanna River)
Property Manager: Wrightsville Borough (717) 252-2768
GPS address:  Walnut Street Boat Launch, (north of bridge at John Wright Restaurant) 234 N Front St, Wrightsville, PA 17368. South of the Bridge River Front Park to Lemon Street.
Hours: Dawn til Dusk
Parking: John Wright Parking (Walnut Street Boat Launch), Lemon Street (gravel lot), and Riverfront Park (gravel lot) on South Front Street. These parking areas are along the river.
Restrooms: Restrooms are not available.
Safety Reminders: For access note that certain days of the year events may close parking at some of the locations or even close the Rt 462 Bridge. Be aware of river conditions if you decide to paddle as this stretch can be quite dangerous. Duck hunting is permitted on the Susquehanna River. Please do not block boat ramps as anglers will be using them. IF you do hike North on the Mason-Dixon Trail please stay on the trail and respect private property as many riverfront homes ask that you remain on the trail while birding or hiking.
Best Birding: All seasons, dawn until dusk. For best light on waterfowl afternoon is better as sun will be behind a viewer on the York side of the river. As far as species numbers migration is best (May and September) (Oct-Nov and Feb-Apr for waterfowl). Beware of river levels and if ice is building on the river as these tend to reduce the number of birds. The trees along Riverfront Park can be quite good in May.
Site Description: The Wrightsville area has the best access to the Susquehanna River of any of the river side parks in York. You will want to have a scope as many birds here are distant. You can use the two bridges to help you organize scanning the river. The river is a mile wide at the mentioned locations. All three access points require no hiking and give wide and unobstructed views of the Susquehanna River. Serious birder/hikers can literally go the extra mile and a half (or several miles) north on the Mason-Dixon Trail (blue blazed trail on front street) from John Wright and pick up great views north of the Route 30 bridge and across to Chickies Rock.
There is a little something for every type of birder in Wrightsville as raptors, shorebirds, warblers, swallows, swifts, terns, gulls, waterfowl, loons, and grebes all are reported here annually at the correct time of year. The only thing that is not viewed here are birds of the interior forest though during the hike on the Mason-Dixon Trail some forest birds are present.
Fall, winter, and spring time afford looks at all types of Atlantic Flyway waterfowl. The different types of gulls are always intriguing as well. Annually within this area two to three dozen or more wintering Great Black-backed Gulls concentrate between the two bridges or just south of the 462 bridge some years. Herring Gulls are present in small numbers, rarely Iceland Gull and others. Ring-billed Gulls are the most abundant, often numbering over 5,000. These gulls will rest on the rocks north of the US 30 bridge best viewed from the John Wright access. The gulls are not always here and travel from roosts by the Conjehola Flats (across from Long Level and south of Washington Boro) up and down the river each day. As temperatures warm look in April for the return of the Bonaparte’s Gull often numbering in the hundreds during their peak migration. Little Gull and Black-headed Gull are rare but come through at this time often a single individual or two. By the end of April things have warmed up and gulls should not be overlooked as terns may be starting to move north along with them.
Terns are some of the warm weather migrants returning to the Susquehanna in May. Caspian (April migrants) and Forster’s Tern are the most common, but Black Tern and Common Tern may be found as well. The birds will pass through for a short time and head back as early as July with some waiting until August-September.
Shorebirds peak at this time too, and Solitary Sandpiper, Spotted Sandpipers, and yellowlegs are viewed on the rocks (from York access points), often with a scope, on their way up to points north in late spring. They are viewed again on the way south in late summer. The mentioned Conjehola Flats in Lancaster County is the best local area for these birds. The boat launch south of Washington Boro is the best place to hop in a kayak to view the shorebird migration on the river. Views from shore on the scope are distant, and not the same as being out there. The Wrightsville locations allow us to capture fleeting glimpses of migrating flocks, but many of the birds will rest and feed on the mud flats and islands that are miles south of Wrightsville.
The trees along Waterfront Park and those by the river at John Wright are good for migrating warblers in May. One can often hike on a small raised portion of trail between Lemon Street and Waterfront Park access off of Front Street as they are both south of the bridge and give the birder similar views of the river. Lemon Street gives a view that includes some of the rocks and rapids south of the bridge. The views north of Wrightsville from the Mason-Dixon Trail require at least a 1.5 mile hike to get an unobstructed view of the river, but the next 1.5 miles are great along this trail for river birding.
For quick checks of the river birders will often swing by Lemon Street and John Wright to be sure they’ve scoped both sides of the Route 462 Bridge. Patient scans pay off as many loons, grebes, and diving ducks will be underwater during scans, so be ready to see what pops up while scanning patiently in a scope.